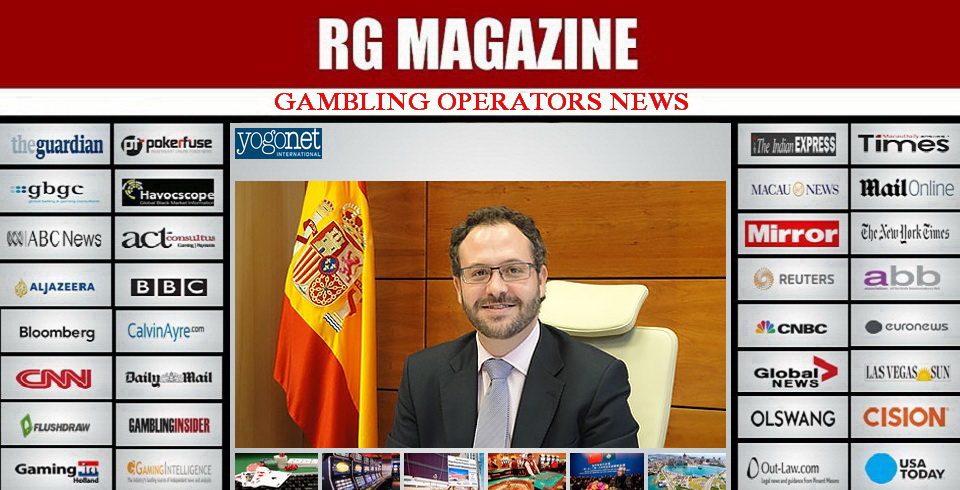 The Director General of Spain’s La Dirección General de Ordenación del Juego (DGOJ), Carlos Hernández Rivera, has stepped down following a proposal by the Minister of Finance and Public Administration and the subsequent decision by Spain’s Council of Ministers earlier this month.

Rivera, who has held the position for over four years, oversaw the introduction of online slots and cross betting to the Spanish market during his tenure.

In a letter, Rivera said:

Thanks is the first word I would like to write to you in this farewell letter as General Director for Gambling Regulation.

Firstly, I would particularly like to thank the whole Directorate General team, without whose talent, support, dedication and commitment

I would not have been able to face the responsibilities I was assigned. Thanks to my predecessor in office, to the Minister of Finance and Public Administration and to the Secretary of State, for having trusted me to firstly collaborate, and to lead, then and now, the great project of implementing the ambitious provisions of the Spanish Online Gambling Regulation Law adopted in May 2011. And thank you, thank you so much to you all, colleagues, operators, players, representatives, journalists, associations and other persons and entities involved in the gambling industry, from whom I have learned so much and who have shown such patience, respect, understanding and help with me and with the Directorate General during these years.

I am and will always be honored to have served as General Director of The Directorate General for Gambling Regulation of the Government of Spain and, to have humbly contributed to the development of the gambling activity in our country, as well as abroad.

This has not been an easy task given the difficult moments we have gone through, but looking back on where we were at the beginning of 2012 and where we are now, I feel proud of all the work we have carried out together. I am proud because despite the enormous difficulties the gambling industry and The Directorate General itself have faced during these years, despite the unavoidable uncertainty generated at that time by new business models and the regulatory process initiated in 2011 and, despite there are still many things to be done and improved, the gambling industry and The Directorate General are better today than they were then.

There are many challenges to be faced ahead and, I am sure that new approaches, new sensitivities and, eventually even new ways of doing things in The Directorate General will contribute to achieve a new success throughout the gambling industry.

I once was asked in one of my first interviews after having been appointed General Director, how I would like to be remembered by the gambling industry. I answered that as someone who worked hard to do things right and bring a slight improvement in the situation. Despite the mistakes I have done, certainly more than those I can now identify and for which I sincerely apologize, I am leaving with the feeling that I really made it in the hope that you agree on it.

Let me thank you again. I remain at my successor in office, my colleagues, team members and the whole gambling industry disposal for contributing as much as I can to continue on the path we have taken together throughout all this period.

Until we meet next time.”