Councils step up crack down on illegal poker dens 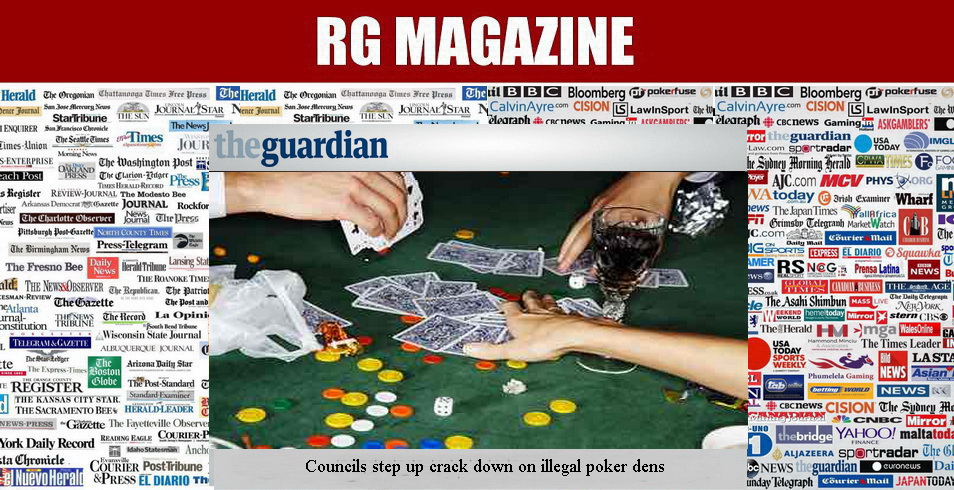 At least 10 illegal poker dens have been forced to close down as local authorities, backed by the Gambling Commission, have turned tough. Now, in the latest skirmish between the illegal poker world and local authorities, the council in Enfield, north London, has become the first in the UK to prosecute an illegal den operator successfully for money laundering.

Ahmet Melin, 33, of Cheshunt, Hertfordshire, will be sentenced next month after being found guilty of five offences of money laundering under the Proceeds of Crime Act 2002. Money laundering carries a maximum sentence of 14 years’ imprisonment.

Melin was prosecuted after police found his Big Bluff Private Members’ Club in Green Lanes, Palmers Green, was a front for an illegal poker club and not the private members’ club its permit claimed. The club may have been the victim of its own success. It was a popular venue, that advertised on social media and drew large crowds eager to win prize pots reportedly as big as £150,000.

But, under the Gambling Act 2005, commercial high-stakes poker is restricted to licensed casinos. While poker can be played in members’ clubs, they must have a gaming permit and limit participation fees and stake and prize pots. In addition, the clubs’ main purpose must not be for gambling.

In September 2012 police reportedly kicked its doors down and Big Bluff had to stop operating. At the time, Enfield council’s director of environment, Ian Davis, said the action “sends out the very clear message that we do not tolerate any illegal gambling in this borough”.Melin’s prosecution comes after a raft of clubs were forced to close: the Big Slick in Portsmouth recently shut up shop after the city council withdrew its premises certificate and cancelled its gaming permit having determined that illegal poker was taking place on the venue.

The Fifth Street Card Club in Borehamwood had its permit withdrawn after the club was unable to demonstrate it was being run in “good faith” in accordance with the Licensing Act 2003; the Royal Surrey Social Club in Morden, Surrey, stopped its oker activities after council officials discovered the game was being played illegally in exceeding prescribed limits.

The spread of illegal poker dens appears to be in response to the growing popularity of poker which experts say is down to factors including the increasing TV profile of the game.

But the commission said the public needed to be protected from the rise of illegal poker dens.

“We are committed to working closely in support of local authorities in dealing with such matters,” said Nick Tofiluk, the commission’s director of regulatory operations. “We now have considerable experience in this field and will continue to promote good practice while dealing effectively with illegal poker clubs. This is a matter of public protection – players taking part in illegal poker receive none of the safeguards that are in place in a casino environment, the only premises in which commercial poker may be offered.”

Sport Accord – MatchFixing: What are the dangers?