In this week’s poker news round up we remind you of the death of online poker in Australia, a storm brewing above the heads of the High Rollers competing in the PokerStars Championships and more. 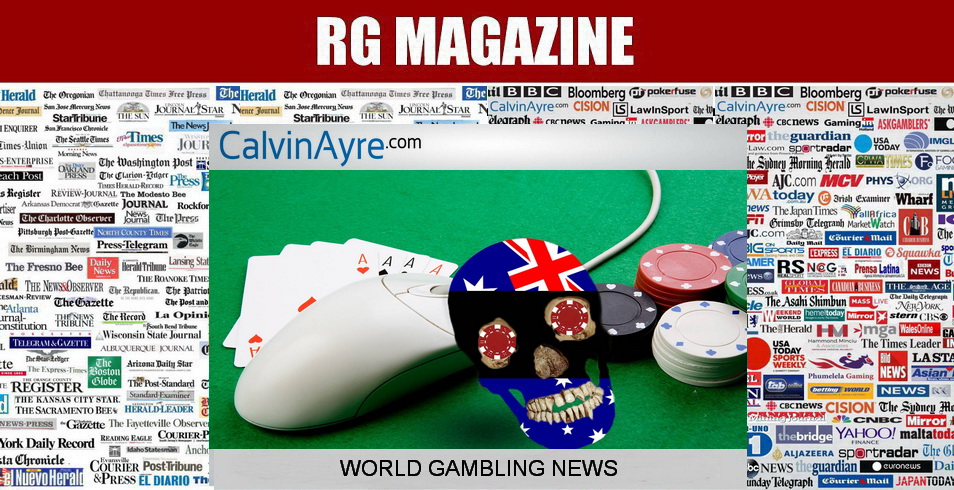 In this week’s poker news round up we remind you of the death of online poker in Australia, a storm brewing above the heads of the High Rollers competing in the PokerStars Championships and more.

Australian poker players were dealt a blow this week when the Interactive Gambling Amendment Bill 2016 sailed through the regulatory process and became law.

Much like the Unlawful Internet Gambling Enforcement Act of 2006 acted as a parasite on the side of the SAFE Port Act leading to a ban of online poker in the US. The decision to ban online poker somehow managed to get involved with the country’s desire to prevent match fixing in sports such as tennis and beach volleyball.

It’s a nightmare for people who rely on online poker to make a living. The choices seem to be (a) find a new job (b) emigrate (c) take the advice of Liberal Democrat Senator David Leyonhjelm – “screw the government, get a VPN and an offshore account and carry on as you are, and I wish you the very best of luck.”

The news from Down Under almost certainly spells the end of PokerStars real money efforts in the country. They will remain in situ to offer play money games, but that’s scant consolation to their thousands of loyal followers.

Talking about loyal followers, the PokerStars Championships always carries a particular shine wherever it goes because the world’s top players always seem to follow.

I am, of course, talking about the 20-30 High Rollers who turn up at every stop looking to win gazillion bucks. This week, a few of them spoke out after the Championship stop at Panama didn’t seem to turn people on.

Bryn Kenney led the charge for the High Rollers demanding changes, and I believe his Facebook post resulted in an audience with the PokerStars hierarchy, and Jason Wheeler, an ever present on the former European Poker Tour (EPT), also critiqued the new tour format. You can find links to both posts below.

Only a week after Eric Hollreiser, Chief Boss of Comms for PokerStars, wrote on the corporate blog about how exciting it is to see more competition in the live arena between themselves and the likes of Unibet, 888Poker, and Party, things are about to get fascinating indeed.

The PokerStars Championship Main Event in Panama attracted 366 entrants, and Kenneth Smaron won the $293,860 first prize. Steve O’Dwyer got back to winning ways taking the $10,300 High Roller for $240,451.

One of the criticisms levelled at PokerStars owners Amaya Gaming is their disinterest in online poker instead preferring to focus on growing revenue in the online casino market. This week, that gossip mongering appeared to carry some weight after Amaya released their latest financials with online poker revenue falling by 5% to $217.2m in Q4, with combined online casino & sportsbook revenue totalling $80.2m, a 59% year-on-year rise.

One online poker room that is not having to hide from the stone throwing is the Swedish online poker room, Unibet. The Kindred Group company this week hired the two-time Formula 1 World Champion Mika Hakkinen to act in the role of ambassador.

Sticking with the Unibet ambassador theme and Dara O’Kearney and Dave Lappin competed in the Unibet UK Poker Tour in Brighton this past weekend, as did yours truly. None of us made money, but the Irish duo did interview the former  Irish Open winner, Ian Simpson, for The Chip Race podcast, and I wrote about my experience in a series of articles you can read below.

And long time sponsor, Monster, has agreed to be the headline sponsor for the Tournament of Champions for the second successive year. Monster has added $100,000 to the rake free event ring-fenced for WPT Champions League members. The WPT will add more prizes in due course.

And finally, Cate Hall beat Mike Dentale in the Heads-Up Grudge match. Over 20,000 people tuned in to see Hall batter Dentale 2-0. The volume of viewers shows there is a thing here, but Hall’s lack of showboating or verbal anything on the day goes to demonstrate the importance of getting the right two people in the match if they are going to be a long-term success.

Someone has just called the clock.