The Difference Between Match Fixing and Spot Fixing 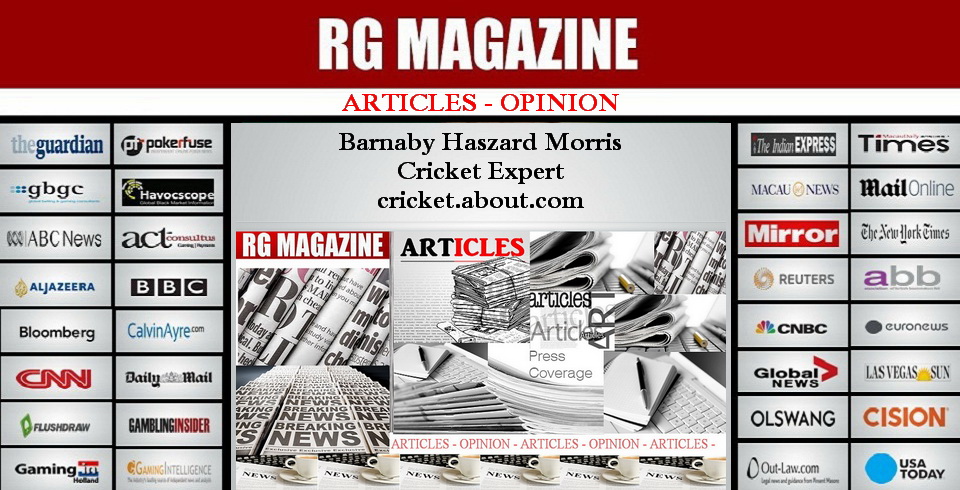 The Difference Between Match Fixing and Spot Fixing

The spectre of on-field corruption looms large over cricket in the modern era. The sport has come a long way since the comparatively harmless antics of W. G. Grace, who refused to be given out leg before wicket on the grounds that “they came to see me bat, not you umpire“. Such insolence on the cricket field can never be condoned — the umpire‘s word must be final — but Grace’s casual ignorance of the laws of the game was playful rather than corrupt, and it took place in the amateur cricketing era. While Grace made a good income from various endorsements off the back of his celebrity, those agreements stood at a remove from anything that took place on the field.

Not so in the age of professional cricket. With billions of dollars pouring into the game from television rights and sponsorships, the financial stakes have never been higher. And with more cricket matches than ever before — it is now a global sport played all year — the opportunities for on-field corruption have also grown, especially as betting markets flourish and bookmakers seek a larger slice of the pie.

Two phrases often come up in discussions of on-field cricket corruption, and it’s important to know the difference between them as they are quite different. They are match fixing and spot fixing.

What is match fixing?

In cricket, match fixing is arranging the result of a match in advance.

If an individual — a bookmaker, say — wants team A to win a match against team B, they will try to influence the match in such a way that team A is guaranteed victory. Usually, they will go to team B and ask a few key players or the whole team to play poorly and lose the match. Quite often, they will go through the team captain, who has a degree of influence over the team and may be able to convince teammates to perform below their best. They may also approach the match umpires and ask them to give decisions in favour of team A rather than team B.

Match fixing is very difficult to pull off. It relates to the overall outcome of a cricket match featuring 22 on-field players and at least two umpires, which is also to some degree influenced by the teams’ coaching and support staff and the ground staff at the stadium. There’s also the small matter of the weather. Controlling all these elements across a 20-over, 50-over, or five-day match and pushing them towards a desired result requires either the hand of God or an ungodly amount of money.

The most famous example of attempted match fixing involved former South African captain Hansie Cronje, who took money from a bookmaker to fix a number of international cricket matches in the late 1990s and 2000. In one case, Cronje agreed that South Africa would lose a match against India and allegedly paid opening batsman Herschelle Gibbs and bowler Henry Williams to perform poorly. As it transpired, Gibbs hit a thrilling half-century and Williams retired hurt in his second over as South Africa recorded a surprise victory.

What is spot fixing?

In cricket, spot fixing is arranging a particular event in advance (such as a wide, a no ball, or a certain number of runs conceded in an over).

If our hypothetical bookmaker mentioned above decided to turn away from the challenge of all-out match fixing and focus instead on a smaller type of on-field corruption, they would turn to spot fixing. Rather than arranging the outcome of an entire match, they would only need to arrange for a specific event to occur at a specific time in the match, such as for the fourth ball of a bowler’s first over to be a no ball. To arrange this, there is only one person that needs to be corrupted: the bowler of that ball.

Spot fixing is comparatively easy to pull off. You tell someone to do one small thing at a certain point in the game, and they do it. That’s it. Compared to match fixing, this is straightforward.

However, spot fixing is still corruption, and it still needs to be arranged. First, the bookmaker would have to find a player willing to compromise their integrity by taking money to perform a nefarious action. Then, the bookmaker would need to cover the tracks of their communication with that player so that the corruption would not be noticed by cricket authorities or the police. In an increasingly technologically connected and surveilled world, this is not easy.

The most famous example of spot fixing occurred when young Pakistan fast bowler Mohammad Amir bowled a no ball during a Test match against England in 2010. These things happen, you might say, but a sting operation by tabloid newspaper News of the World revealed Amir, Pakistan captain Salman Butt, and fellow fast bowler Mohammad Asif were found to have taken money to perform in a corrupt manner. Mohammad Amir and Mohammad Asif had bowled deliberate no balls, arranged in advance, while Butt had facilitated the deal. All three were suspended from the game for up to ten years, and Butt received a prison sentence.