The Guardian view on betting advertising: not during the games

Live gambling ads during sporting events prey on the weak. They should not be seen before the watershed 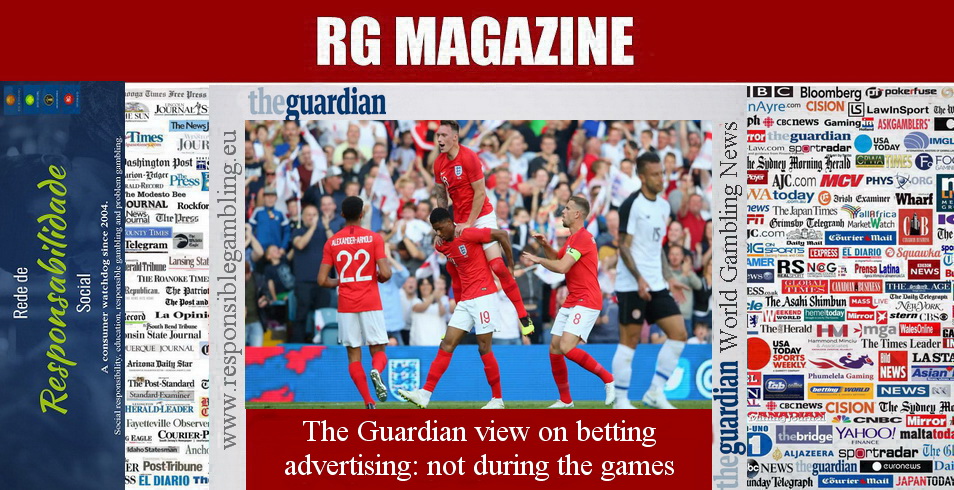 The World Cup starts next week, a truly global festival that unites bookmakers all around the planet in pursuit of gamblers’ cash. Whichever team wins on the pitch, the firms which advertise on the virtual hoardings all around it and in the commercial breaks will profit. Sports gambling is a massive business, not just in this country; the more it spreads, the more it seems to be turning into a public health problem and one which is singularly resistant to effective regulation. Technology and austerity combine to make it dangerous in ways which the Labour politicians who liberalised gambling laws in the early part of this century could not have foreseen. There are really only two classes of people for whom gambling has a certain logic: those who can well afford their losses and those who can’t afford not to win because they have no reasonable prospects of making money otherwise.

Austerity diminishes, perhaps, the number of people who can really afford to gamble for fun, but greatly increases the number for whom anything less than a miracle seems inadequate. Lotteries sell hope to people who have nothing else. It’s not a coincidence that betting shops cluster in the most deprived areas of our cities, where hardly any other commerce flourishes. At the same time technology has made more compelling, and sometimes compulsive, forms of betting easier to devise and trivial to manufacture. We have seen that in the development of fixed-odds betting terminals, whose destructive powers were at long last curbed last month, when Matt Hancock, the minister responsible, announced that the maximum stake would be lowered from £100 to £2. That was a brave and right decision. These machines are designed to be as hard as possible to walk away from and as easy as possible to play.

Hard though it is for an addict to walk away from a gambling machine, it is harder still to walk away from a mobile phone. Betting shops and betting advertising have moved into this space just as everything else has. The ability to bet on live sports events while you’re watching them on TV, or even on your phone screen, makes gambling easier and less special than ever, and that makes it more compulsive. The gambling industry is well aware of this and is doing its best to avert serious regulation, just as the tobacco industry did before it. Age controls, feeble advice in betting shop windows (“When the fun stops, stop”) and restricted advertising before the watershed all seem to be acts of self-regulation. But none of them can remotely counter the effect of unrestricted advertising during live sporting events such as the World Cup. Some 95% of televised football matches last year had gambling advertisements shown in their commercial breaks. These build on the excitement of the game in a way which makes perfect sense to the bookmakers, but ads which urge people to bet on the games they are watching should never be shown before the watershed. They mark the point where the fun stops – and they should stop now.