The differences and similarities in how online poker and daily fantasy sports (DFS) in the US have been handled continue to emerge, following recent developments in New York. 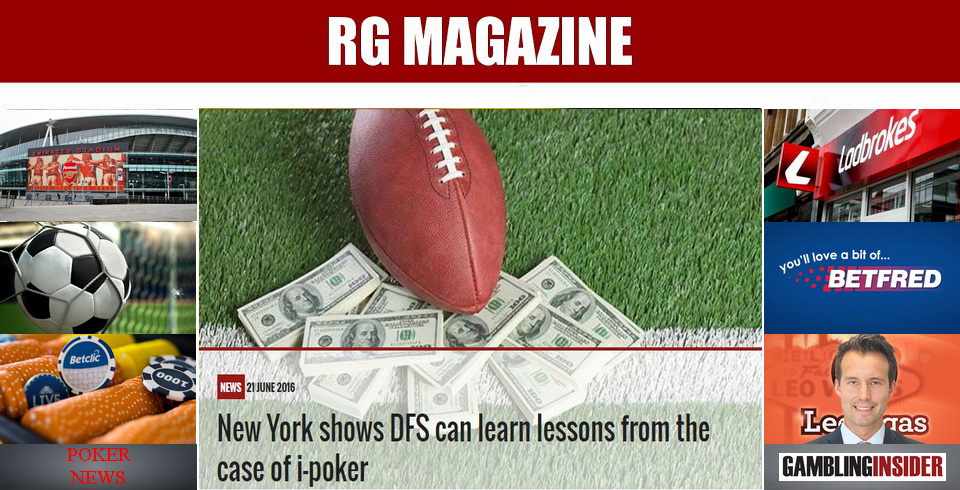 The differences and similarities in how online poker and daily fantasy sports (DFS) in the US have been handled continue to emerge, following recent developments in New York.

While online poker bill S5302 missed the adjournment deadline of 17 June, S8153, a bill seeking to legalise both daily and season-long fantasy sports, was passed 45-17 after 2am on Saturday morning, and now only needs to be signed by Governor Andrew Cuomo to become law.

An industry-shaking legal dispute is set to come to an end, which came about after New York Attorney General Eric Schneiderman ordered FanDuel and DraftKings (FD/DK) to cease and desist operations in the state in November.

A stay of injunction was granted to the operators in December, but FD/DK pulled out of the state in March in their attempts to legalise DFS, setting a deadline of 30 June for when DFS law had to be passed to bring the saga to an end before the appellate division would resume looking into a pending appeal on the issue later this year.

The DFS legal minefield as a whole strikes up a vision of the Scheinbergs and Full Tilt founders looking on at the DFS market as online poker’s younger sibling, tackling the same hurdles life has to throw at it, but at a later stage.

It is difficult to tell if the positive result in New York for FD/DK has come about as a result of the operators deciding to back down and pull operations out of the state, but there cannot be doubt that this must have at least aided in calming the atmosphere on the issue.

While the likes of PokerStars and Full Tilt could have been making pretty much the same point as FD/DK when they violated the terms of UIGEA, that their offerings were for games of skill and should not be classed as gambling, their refusal to cooperate for over four years after UIGEA was passed may not have had the desired effect for the i-poker industry overall.

PokerStars and Full Tilt were seen as overall winners from that situation, as it allowed them to crush competitors such as PartyPoker and compete for top spot in the market, before striking a deal with the Department of Justice for PokerStars to buy Full Tilt for $731m, with $547m going to the US government and Full Tilt’s US players finally being paid. The Full Tilt founders were not exactly covered in glory in this episode, but the situation could have played out far worse, particularly if PokerStars hadn’t solved the problem of paying the US players.

But what about US players? Data collated by Global Betting and Gaming Consultants (GBGC) shows what we pretty much knew, that the game is in decline and will continue to decline over the next three years. Global internet poker gross gaming yield fell from $4.99bn for 2010 to $3.87bn for 2014 and is forecast to be down to $3.22bn for 2019.

Much of that decline could be put down to North America’s dramatic loss in share of the market, which has fallen from 59% in 2005 to 12% in 2015. Any US player outside of the three regulated states is still waiting for the opportunity to play online poker in their home.

The stakes are more serious for DFS, in one sense, because the type of player that is so highly-skilled that they wish to make a living out of the game could not adjust their game to suit the land-based format as a poker player can. There is no established land-based version of DFS. They are essentially relying on the authorities and the campaigning efforts of FD/DK to make that living, unless they feel like moving to the UK.

Why DFS is going down a different route

The upshot of all this is that US poker players are still suffering from a combination of blocks put in place by law and a lack of compliance with it from leading operators. FD/DK are not in control of the first part of that issue, but are in control of the second.

There is now the issue of future regulation. Efforts to regulate online poker in California are ongoing, with a vote on AB 2863 recently being delayed and the bill being re-referred to the Assembly Appropriations Committee. A possible reason for progress on the bill stalling is that the “bad actor” issue will not go away, with the Pechanga coalition still aiming to prevent laws that would allow PokerStars into the market from being passed. New York has once again missed out on legalising online poker this year, unless the issue is included as part of an omnibus bill later on in the year. The bad actor issue does not appear to have surfaced in New York, but even in the regulated market of Nevada, PokerStars may not enter due to bad actor provisions.

This is not to suggest that putting down the pitchforks and inviting the opposition inside for a cup of tea is the only way forward for FD/DK. They still have to fight their corner, but the case of Texas, another state where they have agreed to pull operations while the legal fight is ongoing but are still contesting the state Attorney General’s opinion on the matter, could give further vindication to the tactic of cooperation if FD/DK comes out on top. They also pulled out of Mississippi before the state made DFS legal in May. To use a slightly corny poker analogy, FD/DK are working out when to fold while involved in sizeable pots for the sake of protecting their chip stack in the long run.

It’s not over yet, says New York AG

A key similarity with online poker is that FD/DK may still be punished for violating the terms of UIGEA. Following the passage of S8153, Schneiderman said: “Today, the Legislature has amended the law to legalise daily fantasy sports contests, a law that will be my job to enforce and defend. We will nevertheless continue to pursue our claims that DraftKings and FanDuel previously engaged in false advertising and consumer fraud.”

This of course can pose the question: Is there really much point in legalising DFS in New York if FanDuel and DraftKings were still to be investigated and potentially thrown out of the state at a later stage? Most people are honest enough to admit that the DFS industry is all but made up of those two operators.

This would be akin to Nevada regulating online poker before Black Friday in 2011, only for PokerStars and Full Tilt to be shut down all the same due to their failure to comply with the law before the market became regulated, albeit Schneiderman mentions “false advertising and consumer fraud” as opposed to breaking the law by offering real-money contests in the state while fantasy sports were unregulated.

With seven US states now having already passed DFS legislation this year though, the future is looking bright for DFS, and a willingness for cooperation over a defiance in standing by beliefs about what constitutes as skill gaming could be the key driver for future growth of the industry.