2015: The story of sport’s scandalous year

From match-fixing to doping, 2015 has been a painful and turbulent year for sport - but there is a glimmer of hope. 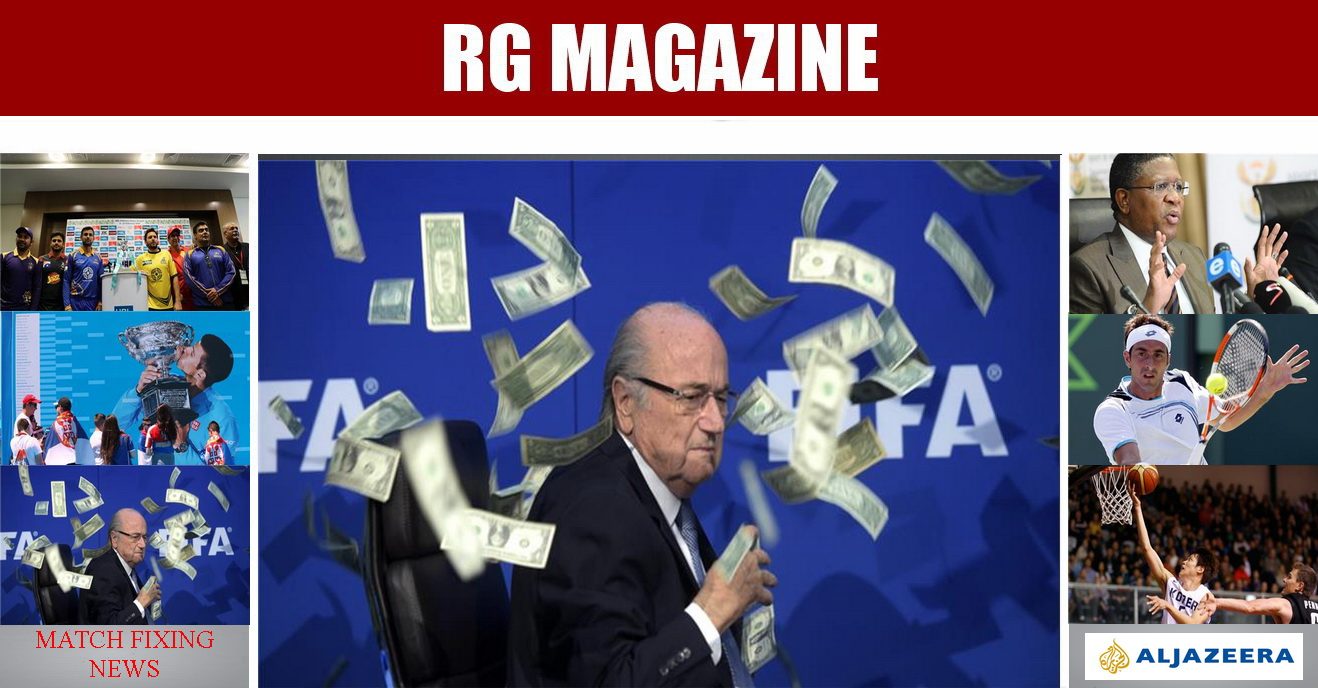 Having covered the relentless succession of sports scandals for Al Jazeera this year, let me first acknowledge a positive: the journalism.

To think wrongdoing in sports administration is a new phenomenon would be naive.

Sport is not a bubble. The corruption and mismanagement that exists across the globe is reflected by sport – not exclusive to sport.

For decades, the men that run sport have struck deals to line their own pockets and used politics to further their own needs, not the “good of the game”.

This year, they have come unstuck through the supposedly ailing “fourth estate” – journalism. It is journalism that has exposed wrongdoing.

The arrogance of the sports bosses has put hurdles in the way.

In the case of athletics, Hajo Seppelt is a German journalist largely responsible for bringing extensive doping in Russia to light.

Coe should have shook his hand. Do they not have the same shared goal? Cleaner athletics, in which the public can actually trust.

Don’t shoot the messenger – as Coe cannot accept working for Nike and ruling a sport is a conflict of interests, his stubborn rejection of criticism shouldn’t be a surprise.

Nobody in sports can rest easy.

More WADA revelations are due in January.

But will Russian athletes be somehow readmitted to the fold in time for the Rio Olympics in August?

Coe claimed FIFA’s crisis is bigger than athletics – as if it’s a competition.

Results and medals have been affected in his sport and yet FIFA’s meltdown felt like even bigger news.

Where do you even start?

Dawn FBI swoops; dozens of top FIFA officials charged and indicted; a president whose reign ended through corruption; a mystery payment to his would-be successor whose own career is in ruins; men who sat on the Executive Committee sitting in jail cells; ongoing investigations by the US and Swiss attorney generals.

Again, journalists were met with breathtaking lies, denials and arrogance from FIFA’s bosses.

But there is a bigger picture here.

The US has not investigated FIFA by accident, and the question might be how far they are prepared to dismantle the organisation.

The seismic nature of the FIFA scandal has dwarfed other unsavoury sports news stories.

Another cricket corruption case in London – New Zealand cricketer Chris Cairns was cleared of perjury, but the awful news for cricket was that match-fixing allegations were dissected in the case.

Not spot-fixing, in which small but corrupt manipulations take place, but match-fixing.

It would be naive to think cricket is not affected by corruption, but I’ve seen at first-hand how difficult it is to make convictions stick.

Sometimes my job has felt like a cop, piecing together clues and looking for lies, rather than a sports correspondent.

But there is always a glimmer of light.

READ MORE: Can the new athletics chief save the sport in crisis?

In October, I was privileged to witness what sport should really be about – a moment of true history.

The incredible Dan Carter calmly switching feet to land the vital drop goal for New Zealand’s All Blacks against Australia in the World Cup final, shifting feet to give his team all the space they needed to triumph.

Only a true genius could have thought it, created it, executed it.

And all against a team that really did have the psychological and physical ability to spoil the party.

Such moments are surely what attract us all to sport in the first place – and we need to be able to trust in them.

Can I hold out hope for more glorious moments in 2016 amidst the scandal?

Let us pray we are talking about football at the over-bloated European football tournament, and not security incidents.

And at the Rio Olympics we might need to take a leap of faith, to trust what we see – It’s not just athletics riddled with doping.

Let us please have more new blood and far more female faces at FIFA and in sports governance.

It’s a shame but all of us – not just journalists like me – will be more suspicious of sport in 2016.

But there may at least be more humility from sports organisations for a while.

And the pain and turbulence of the past year means sport may actually be cleaner.