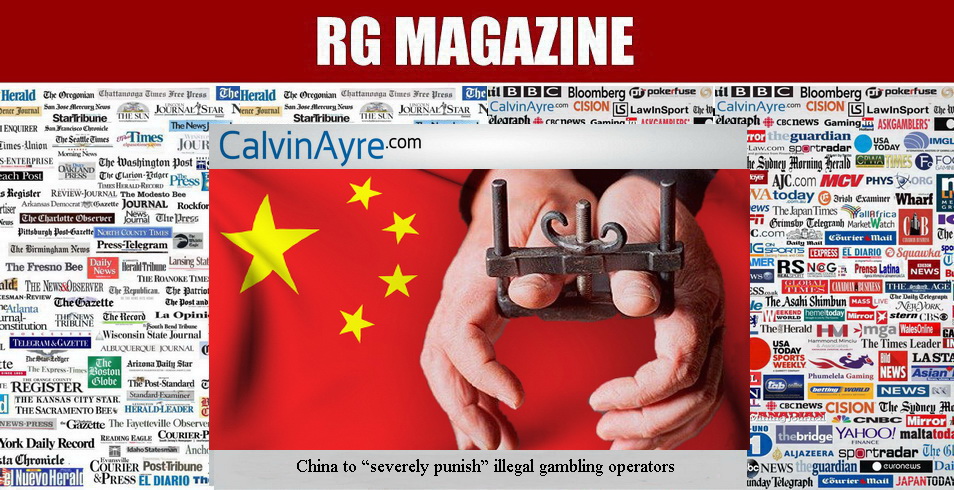 Guo was also quoted as saying China’s top police officials had been tasked with devising a plan to combat internationally licensed online gambling operators beaming their signals into China. So-called underground banksthat help facilitate cross-border betting are also in Guo’s crosshairs, as are Chinese citizens who dare to invest in international gambling operations.

Guo’s comments mark a new phase in China’s Operation Chain Break, a two-year-old enforcement program targeting illegal cross-border betting that began with the arrest of South Korean casino agents. The stated goal of this new action is to stamp out illegal betting ahead of the Communist Party Congress scheduled for this autumn.

Guy also called for greater international cooperation in combatting illegal gambling, including pushing other countries to cooperate with China on “fugitive repatriation,” such as the 2015 deportation from the Philippines of Wang Bo, a former executive with China-facing online gambling operator Dafabet.

Guo’s comments spell more trouble for Australian casino operator Crown Resorts, or, more specifically, for the Crown execs detained in China last fall for allegedly promoting Crown’s casinos to mainland high rollers. The Crown staff have yet to be formally charged, and it could be another year before they learn if charges will be filed, but Guo’s diatribe suggests Beijing is eager to make an example of someone.

Guo’s call for ‘repatriation’ of wanted gambling operators to China comes just one day after Australia’s government cancelled a vote on ratifying an extradition treaty with China that was signed a decade ago. Labor Party backbench MPs opposed the treaty due to concerns over China’s human rights record, leading Deputy PM Barnaby Joyce to warn that Chinese fugitives would come to view Australia as a safe haven if the treaty wasn’t formalized.