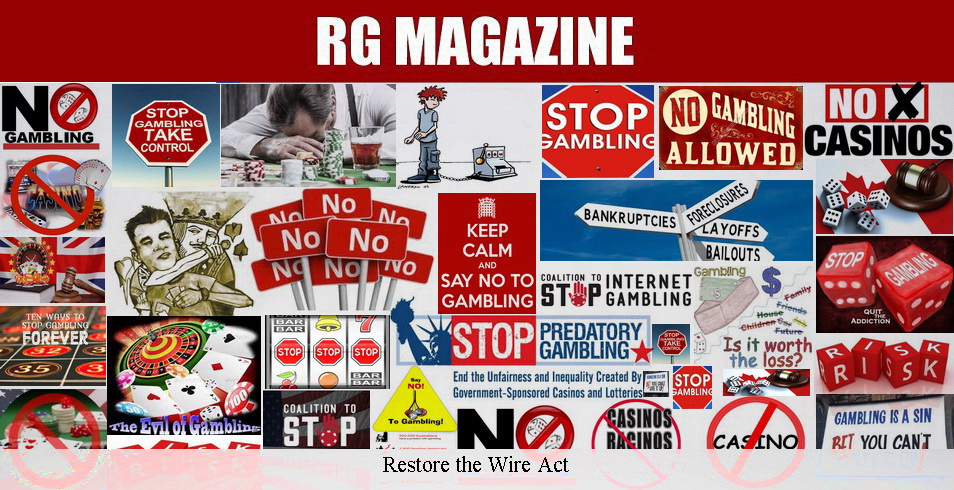 Since 1961, all gambling involving interstate telecommunications, including online gambling, has been prohibited by the Wire Act, which was originally written to strike at a major funding source for the mob. When the Internet emerged, illegal offshore online casinos flourished by targeting young Americans. Congress responded by enacting the Unlawful Internet Gambling Enforcement Act of 2006 — giving law enforcement additional tools to shut down online casinos. Federal prosecutors used these tools to close most illegal online gambling in the U.S.

But in December 2011, bureaucrats in Barack Obama’s Justice Department issued an opinion claiming that the Wire Act didn’t prohibit online gambling, reversing 50 years of precedent. The opinion was deeply flawed. It failed to properly apply the rules of statutory construction and ignored judicial decisions that undermined its conclusion. The bureaucrats sought no input from Congress, states, or law enforcement. No consideration was given to cybersecurity implications — or the potential for offshore gambling companies to prey on children, the poor, or those with gaming addictions.

The bureaucratic opinion came as bad actors from every shadowy part of the globe began manipulating online games to cheat American players. Online casinos offer vast opportunities for criminal actors to engage in identity theft, money laundering and terrorist financing. Internet gamblers do not know who is operating the gambling site, if games are honest, if winnings will be paid, or if money wagered will be used for criminal purposes.

No one celebrated the opinion more than the foreign internet gaming giant, PokerStars. Embroiled in controversy after American prosecutors shut them down, PokerStars (now owned by the international corporation, Amaya Gaming) spent huge sums lobbying lawmakers to bring online poker, virtual slot machines and other casino games back into American homes.

Despite fresh insider trading charges and an $870 million judgement for operating illegally in Kentucky, Amaya boasts of their near world-wide monopoly and aspiration to expand into U.S. homes, offices and college dorm rooms. A recent Forbes article reported that Amaya was dedicating significant resources toward lobbying state governments to allow online gambling.

Amaya and other online casinos pose substantial risks to children. Anyone can use an Onternet-connected device to access online casinos. The age-verification technology is not difficult to skirt, particularly for tech-savvy youth. A study of Connecticut youth and gambling showed more than 20 percent of adolescent gamblers reported gambling online. Teenagers account for half of U.S. gambling addictions and kids gambling online are 36 percent more likely to have a gambling problem.

Kids aren’t the only victims. The ease of access also harms adults with gambling problems. Avoiding play is a key strategy for gambling addiction treatment. For traditional gambling, this means avoiding casinos and other physical gambling locations. But with online gambling, every device with the Internet becomes a virtual casino. The bank account is just a click away, which makes the likelihood of impulse betting much greater.

But foreign operators like Amaya may ultimately lose if the new Justice Department withdraws this bureaucratic overreach. New Attorney General Jeff Sessions was asked to offer his thoughts on the 2011 opinion during his confirmation hearing. Sessions said he was “shocked” and “opposed it when it happened.” He pledged to revisit the opinion and “make a decision about it based on careful study.”

Many American banks have carefully studied the issue and won’t accept online gambling transactions even after the opinion. It’s been reported that “major financial institutions like American Express, Wells Fargo and JPMorgan Chase are refusing to process any money interactions on these sites.”

The new administration must protect our children and most vulnerable adults by ending this sad legacy and restoring the original and long-held interpretation of the Wire Act.

Jon Bruning is a former Nebraska Attorney General and former President of the National Association of Attorneys General. He’s the Managing Partner of Bruning Law Group and serves as Counsel to the Coalition to Stop Internet Gambling. The Coalition to Stop Internet Gambling is an alliance of casinos, small businesses, and religious and community groups.